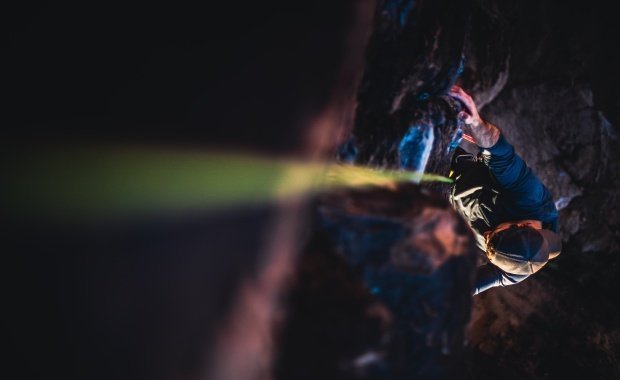 While perseverance is a prerequisite for successful ventures, it can also be a disadvantage in business development if it is not properly understood. You have to be careful with interpretations.

Perseverance is the title of the book that tells the story of an entrepreneur. But it does not explain the content of each chapter.

Of all the requirements that are needed to undertake, perseverance is associated with willpower and tenacity to face and endure adversity. In this, it is a virtuous ally of skills and aptitudes, but it has no capacity to replace them.

Confusion in this can cause something common in the acts of government: Procrastination.

There is no term that better explains the matter. Procrastination is the action or habit of delaying activities or situations that must be addressed, replacing them with less relevant ones.

Unlike postponing something, the act of procrastinating substitutes the delayed activity with a less important and “more comfortable” one.

In entrepreneurship, some situations must be addressed by making objective and timely decisions, facts that must be profoundly modified. But when the entrepreneur manages the business focused on the logic of persevering, he can fall into the trap of deferring or replacing these decisions with less relevant ones.

Sometimes the line is thin between perseverance and stubbornness.

The first is a virtue, but the second is a costly defect precisely because it shows up late after a long cycle of procrastination.

Perseverance is perfected as an act of management as long as tasks are being conducted on the correct path. If the path is wrong, perseverance will only make the mistake manifest itself later and at a higher cost.

When the entrepreneur begins his tasks, he adopts a persistent behaviour as an almost intuitive way of replacing the experience he does not have. And when you’ve already materialized valuable skills, you tend to be less patient.

In both cases, there are significant errors.

Perseverance must always be applied in the acts of life and business, regardless of the experience you have. And on the other hand, it should never replace other skills that are essential for good management.

“Perseverance is not a long race; it is many short races one after the other.” – Walter Elliot

There are objectives and tasks in entrepreneurship that are not approached with perseverance. And the mere fact of privileging it causes harm.

This is like the story of the door that cannot be opened no matter how hard it is pushed, but has a sign that says “pull.” You can persevere in your efforts to push it and get nothing.

On the other hand, with little energy, it is pulled open. There are situations whose treatment does not go through the application of great energy or will, but rather through the basic ability to interpret the signals.

Perseverance cannot replace the essential ability to RUN the business. It is not an alternative to intuition or knowledge of the trade. The entrepreneur can be more or less persevering, but NEVER a man who does not make decisions.

In the business world, a man who makes decisions is an asset of incomparable value.

Environmental conditions change dramatically, and the need to adapt to them is a requirement for survival. When it comes to making decisions, you can’t hesitate. Perseverance itself is in fact a decision. In a causal relationship, it is an effect, and it cannot become a cause.

“In the confrontation between the stream and the rock, the stream always wins- not through strength but by perseverance.” – H. Jackson Brown

There is a pearl of ancient wisdom in the art of directing that is constituted by the strategic principles. These are the experience of thousands of commanders in interacting with many conflicts throughout history.

This experience generates behaviour guidelines for management that are seldom wrong. One of the essential strategic principles is to turn time into an ally. And in its shadow unfolds that delicate balance between persevering and making decisions.

When the entrepreneur relies on the strategic principle, he does not make mistakes. Active perseverance as long as you make time your ally, or makes a different decision that leads to the same end.

Decision-making conflicts with another element that sometimes maliciously thrives on perseverance: risk aversion.

For every decision that is made, proportional risks are assumed. And there are different thresholds of tolerance to them. As long as you persevere in a decision, you avoid making other decisions and assuming the inherent risks. Hence, it is easier to persist than to make decisions.

The entrepreneur’s journey, from that small station where the march begins to the one where it eventually becomes an important business organization, is long and complicated. The obstacles are frequent and challenging to overcome.

“I’m convinced that about half of what separates the successful entrepreneurs from the non-successful ones is pure perseverance.” Steve Jobs

To maintain a trip, it is essential to be persistent, but driving the vehicle has nothing to do with it. It depends on the skill of the person behind the steering wheel and his ability to be clear about the destination. It is the driving skill that allows you to overcome obstacles.

Time is the best ally and the worst enemy. Perseverance pays in its latticework, and you must play it carefully.

There are not many success stories associated with stubborn entrepreneurs. Probably those few that are based on a spark of genius or keen vision. Most successful cases are men who make difficult decisions, without exhaustive consideration of risks or failure.

If one wonders what is the requirement for making appropriate decisions, and if you do not want to explore personality or character, it helps to refer to another strategic principle: Know your craft.

The entrepreneur must know even the smallest detail of his business, the market and the competitors. The structure and the people who support it, the environmental variables and trends.

Knowledge of the trade is a task that has a starting point but not an end. It is necessary to learn permanently to say that you know yourself. Experience is knowledge associated with time and not with the classroom. Knowledge is linked, alike, with limbos and failures.

Wherever there is a persistent man who knows his trade and has faith in himself, not only is there a successful business, there is a vital force.
These men are rare, but a small group of them can change the entire world.

A 15 Steps method to stop putting things off

20 Essential skills an entrepreneur must have

How to be a good leader: Eliminate these 7 bad habits to be the best boss

15 famous entrepreneurship quotes to motivate you when you feel unmotivated