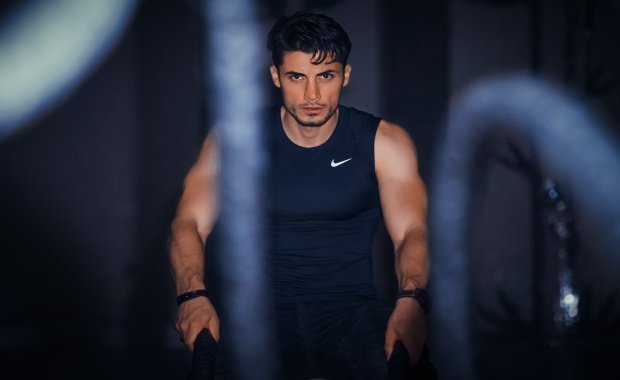 Everyone has dreams that they wish would one day come true. Learning a new language, being fit, finishing a career and others can be goals that we want to achieve, but these will never materialize without good habits.

Habits are behaviours that are carried out every day, automatically and without effort. If you create a habit that is related to what you want to achieve, the process that will bring us closer to our dream becomes more accessible and more comfortable, flowing on its own.

However, habits are not something that arises overnight. For this, it is necessary to be focused on their achievement, dedicating both physical and mental effort.

In this article, we are going to talk about how habits are created, indicating a series of guidelines that can help in their achievement and, besides, a series of aspects to take into account when deciding to introduce one of them into daily life.

The habit and its aspects to consider

As we were already commenting, habits are behaviours that are done every day automatically. When an action has become a daily routine, it becomes a habit and is done almost without thinking. These types of patterns, once established, involve less energy consumption, both physically and mentally.

However, habits only become something present in the day to day of people after having overcome a process in which they have been integrated into daily life. Trying to make something new become our daily bread is something that certainly involves greater concentration, being aware of what is done and how it is done, as well as not losing the goal for which it is done.

“Depending on what they are, our habits will either make us or break us. We become what we repeatedly do.” ―Sean Covey

It is very comfortable to fantasize about the idea that a long-awaited dream has been achieved for a long time. What is not so pleasant is having to make you want every day to activities that are related to the goal you want to achieve, whether they require mental or physical resources.

Keep in mind that the habit formation process is not something concrete and fixed; that is, not all habits settle with the same ease, nor do they take the same time to become something every day. This process can vary depending on several aspects:

The starting point where the person is.

Also, the speed with which the habit is established depends on both the objective and the difficulty of the habit itself to incorporate. For example, trying to get to walk for half an hour each day is not the same as lifting weights for half an hour every day. The physical and mental effort is much more significant in the second case, and the desire to do so may be less.

It has become quite famous the statement that it only takes about 21 days, or what is the same, 3 weeks to get a habit into people’s daily lives. This statement, in addition to being very risky, has been shown false for those habits that are more complex.

Several types of research have tried to see how long it takes to acquire a habit, obtaining very varied results, depending on the difficulty of what you wanted to achieve. Research suggests that some habits can take very little to acquire, merely 18 days, while others, on the other hand, take almost a year to do something every day. It has also been seen that failing one or two days does not negatively affect the acquisition of the habit, but failing more than two.

However, once the habit has been introduced into the person’s daily life, the physical and intellectual effort that had to be invested at the beginning of the process becomes much less.

You may have many goals that you want to achieve. However, and as the famous saying goes, whoever embraces a lot, does not press.

The ideal is to try to introduce only one habit at the beginning, at most two, and hope to achieve it after a while.

If you can establish a habit, you can try to increase the level of complexity. For example, if you wanted to walk half an hour a day, you can now try to make it an hour or even spend part of that time running.

In the second case, it is more likely to fall into self-deception, saying that the fact of having moved inside the house already counts as walking or, since as he has done the errands he had to do, it could be said that he has exercised.

Whenever you try to introduce a new habit in life, there is a constant fight against laziness and a return to the previous routine.

“If you pick the right small behavior and sequence it right, then you won’t have to motivate yourself to have it grow. It will just happen naturally, like a good seed planted in a good spot.” ―BJ Fogg

To end these excuses, the best thing to do is to identify them and prepare in advance everything that can avoid them.

Are there other obligations to do? Well, it’s time to do them before. Do we not have the necessary material? Surely there is something at home or, if not, it is bought and ready.

Dreams are not going to be fulfilled by themselves, and you have to give it a desire and effort to achieve them.

There is little point in realizing that you are going to follow a new habit if you later forget, in practice, that it had to be done.

Thanks to technological advancement, mobile phones, in addition to being those devices for watching kitten videos, have multiple functions, including being able to program personalized alarms, with a text message reminding you what to do and when.

Besides, another option, a little more analog, is to leave notes in strategic places in the house, such as the bathroom mirror, the door of the fridge or the TV screen on which the things you have been written down. What to do.

Following this strategy, the excuse that you have forgotten what had to be done is no longer valid.

From time to time, it is helpful to see how momentum is going.

It is crucial to check if progress has been made, and the best way to see it is by writing down in a notebook or on the mobile the days when the habit has been and has not been followed.

“The secret to permanently breaking any bad habit is to love something greater than the habit.” ―Bryant McGill

If it has been the case that there has been a day when what has to be done has not been done, it is essential to write down the reason for it.

In this way, not only will it be known how often the habit is being made and to what degree the objective is being achieved, but it will also be possible to detect possible obstacles that have arisen during the process.

5. Celebrate what has been achieved

In the same way that it is imperative to see to what extent the proposal is being completed, it is also essential to celebrate it.

Although one or the other day has failed, it is possible to celebrate at the end of the week or month what has been achieved, allowing yourself some respite or whim.

However, the rewards must be consistent and, also, must be very punctual.

It wouldn’t make much sense to celebrate having spent a whole week without eating industrial pastries poking a whole cake between your chest and back over the weekend.

There is also no point in celebrating that you did not smoke today by lighting a cigarette the next morning.

Related Topics:HabitsHow habits are createdHow to create a habit
Up Next