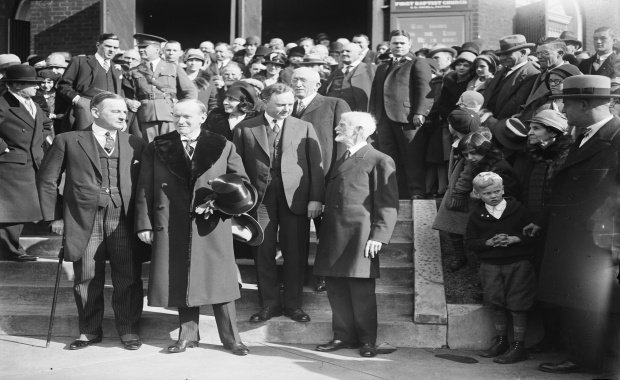 The real measure of leadership is influence – no more, no less.

If you have no influence, you can never lead others. But how do you measure the impact?

I will tell you a story that answers this question.

At the end of the summer of 1997, people were shaken by two events. In less than a week, Princess Diana and Mother Teresa are leaving this world.

At first glance, the two women have nothing in common.

One is a young, sophisticated princess from high society, and the other is an elderly nun who served the poor in India – a Nobel Peace Prize winner.

However, their impact on people is remarkably uniform.

In 1996, in a poll published by the London edition of the Daily Mail, Princess Diana and Mother Teresa were ranked first and second as the most caring people in the world.

This is something that could not happen to you if you do not have influence.

But how is it possible for a man like Diana to be rewarded in the same way as Mother Teresa? The answer lies in the force with which she used the Law of Influence.

In the beginning, Diana’s title was just a platform from which to address others. Later, however, thanks to her personal qualities, the princess grew up as an influential person.

In 1996, when she divorced Prince Charles, Diana lost her title, but that loss did not affect her influence in the least.

It continues to grow, at the expense of the influence of her ex-husband and her royal relatives, despite their titles and power. Why?

Because Diana instinctively understood the Law of Influence.

Even after her death, she continued to influence others. When the BBC broadcast her funeral, it was broadcast in 44 languages.

It is estimated that it was watched by about 2.5 billion people – twice as many as those who attended her wedding.

You have achieved excellence as a leader when people would follow you everywhere, as long as it is not out of curiosity…

Princess Diana has been described in many different ways, but I have never heard her called a “leader.” Although this is the truth itself, because it has carried out its intentions and managed to influence others, and leadership is influence – no more, no less. ”

What is not leadership?

Sometimes people have misconceptions about leadership. When they hear an impressive title or position, they immediately think that the holder is their leader.

Of course, this could be true, but titles don’t have much value when it comes to leadership. Real leadership cannot be obtained as a reward, service, or task.

It can only be won through influence, and influence does not last a specific term. It is worth it.

The only thing that can secure the title is time to increase your influence or lose it.

People have adopted many myths and misconceptions about leaders and leadership. Here are the five most famous:

The only thing that can secure the title is a little time – to increase your influence or lose it.

1. The myth of management

It is widely believed that leadership and management are the same things. Only a few years ago, books that claimed to be about leadership were actually about management.

The main difference between the two is that leadership is about how to influence people to follow us, while management focuses on developing systems and processes.

“Sometimes, even the best manager is like a little boy with a big dog – waiting to see where the dog is going to take him in that direction.” – Lee Lacocca

The best way to check if someone knows how to lead, not just manage, is to ask them to create positive change. Managers can follow the direction, but not change it. That is why influence is needed.

2. The myth of the entrepreneur

People often think that sales agents and entrepreneurs are leaders. But this is not true for everyone. Ronko’s ads had appeared on television a few years ago.

They sold products such as “Pocket Fishing Tackle,” “Egg Mixer Inside the Shell,” etc. These products are the offspring of the amazing merchant Ron Poppell.

Called the ” seller of the century,” he appears in ads for sprays to relieve baldness and appliances that dehydrate food.

Certainly, Popeye is fun, resourceful and successful, especially if you measure his success by his three hundred million dollars he has earned from selling his products.

But that doesn’t make him a leader.

People may buy what he sells, but they don’t follow him. At best, he knows how to persuade them at the moment, but there can be no question of lasting influence.

3. The myth of knowledge

Most people who believe that power is the essence of leadership conclude by themselves that leaders are those who have knowledge and ability.

But this is not true.

If you visit a famous university and meet amazing scientists and philosophers whose thinking abilities exceed any category, you may find that their leadership capabilities are so weak that they are not evaluable at all.

IQ does not have to match the level of leadership.

4. The myth of the championship

Another misconception is that the one who walks in front of the crowd is the leader. Sir Edmund Hillary was the first man to climb the highest part of Mount Everest.

After his historic act in 1953, many people followed in his footsteps, but that did not make him a leader. When he conquered Everest, the leader of the expedition was John Hunt.

Later in 1953, when he set out for the South Pole as part of the Trans-Antarctic Community expedition, the leader was Sir Vivian Fuchs.

To be a leader, one must not only move forward but also have people to follow.

5. The myth of position

The most significant misunderstanding about leadership is the idea that it is based on position. Stanley Huffy confirms:

A few years ago, something exciting happened at the well-known in the United States advertising agency Cordiant, formerly known as Saatchi and Saatchi.

In 1994, investors forced the board to remove Maurice Saatchi, the company’s chief executive. This act entails several changes in the agency.

Several of the CEOs are leaving with Saatchi, as well as many of the company’s big customers, including British Airways and the dessert makers Mars.

Saatchi’s influence is so significant that it causes Cordiant’s shares to fall from $ 85 to $ 8 to $ 4 a share.

Under the Law of Influence, he loses his position and power but continues to be a leader.

Being a leader in a voluntary organization is not just a job at all!

A leadership Position cannot be applied to a voluntary organization. In other organizations, people with positions have significant advantages.

In the military, leaders can use their rank and, if something fails, to throw someone overboard. In business circles, bosses enjoy some privileges in the form of salary, bonuses, powers.

Most employees are incredibly responsive when their food is at stake. But in voluntary organizations such as churches, the only thing that works is leadership in its purest form.

Leaders have only their influence to help. As Harry A. Overstreet says:

“The essence of the power to influence is to get others involved.” – Harry A. Overstreet

Employees in voluntary organizations cannot be forced to do this or that. If the leader does not influence them, they simply will not follow him.

One of the greatest stories that illustrate the Law of Influence is about Abraham Lincoln. In 1832, long before he became president, young Lincoln assembled a group of volunteers to fight in the Black Hawk War.

At that time, anyone who gathered volunteers for the army became their leader and received the rank of commander. In this case, Lincoln won the rank of captain. But he has a problem.

He has never been a soldier, has no experience and is not aware of tactics.

He cannot remember even the most straightforward military procedures. One day, when he has to move several dozen soldiers from one place to another, he just can’t handle it.

“I could not remember the correct command with which I had to lead my soldiers. So when we approached the gate, I shouted, “This company is free for two minutes until it is built on the other side of the gate.” – Abraham Lincoln

In the military, Lincoln’s development took the opposite direction. As other officers prove themselves and continue to grow in rank, his influence steadily diminishes. The title and the position of “captain” do not help him much.

No one can violate the Law of Influence. At the end of his military service, Abraham Lincoln took his rightful position – he received the rank of private.

Fortunately for both Lincoln and America, he managed to cope with his inability to influence others. While performing minor tasks in the Illinois Attorney’s Office and the Lower House of the United States, he put a lot of effort and experience.

Gradually, Lincoln became a person with remarkable influence and impact.

“He who thinks he is leading, but no one is following him, is simply going for a walk.” – Abraham Lincoln

8 keys to Leadership from the monk who sold his Ferrari. Book Analysis

7 Brainstorming techniques for entrepreneurs: How to use them