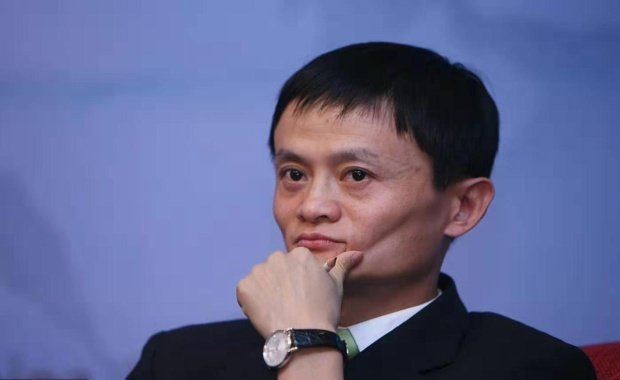 Starting from nothing, Jack Ma knew how to build an empire around the Alibaba company allowing him to become one of the richest men in the world with a fortune estimated at around 40 billion dollars.

His story is very inspiring because he has faced many obstacles without ever giving up.

His capacity for resilience and his sense of innovation has allowed him to build one of the giants of global e-commerce that could one day compete with Amazon.

Throughout his journey, Jack Ma followed a set of rules and principles that helped him never give up and achieve great things.

I invite you to discover Alibaba founder Jack Ma’s Top 10 rules for success in the following.

1. Get used to rejection

The first of Jack Ma’s top 10 rules for success is found among all successful entrepreneurs. It is essential to get into the habit of rejection and never to keep moving to pursue your goals.

So Jack Ma was refused entry to the younger police academy. Then, he was failed ten times at the entrance to Harvard! Worse, he was even denied by the first Chinese KFCs to serve chicken simply.

He was resilient and never gave up. He continued to move forward doing odd jobs while waiting for more significant opportunities.

He took it well because by adapting as these failures, he was able to become a professor of English at Hangzhou Dianzi University.

This position opened his way to the United States in 1995 when he accompanied a Chinese delegation as a translator.

It was during this trip that Jack Ma discovered the Internet and carefully observed the functioning of startups in Silicon Valley.

On his return, Jack Ma launched one of the first Chinese websites with China Pages. It is the beginning of the Internet adventure, which will lead Jack Ma to found Alibaba.com in 1999.

This platform is today an e-commerce giant controlling more than 80% of online commerce in China. The first big lesson to learn from the history of Jack Ma is, therefore, that you have to get used to rejection and never hesitate to adapt following these rejection to achieve even higher goals.

Alibaba.com in 1999. This platform is today an e-commerce giant controlling more than 80% of online commerce in China. The first big lesson to learn from the history of Jack Ma is, therefore, that you have to get used to rejection and never hesitate to adapt following these rejection to achieve even greater goals.

The systematic pursuit of his dreams marks the story of Jack Ma. It’s a constant that comes up with many successful entrepreneurs from Jeff Bezos to Elon Musk via Larry Page.

Jack Ma called his company Alibaba in reference to the character Ali Baba who was able to enter a secret cave with the code “Open Sesame.” He, therefore, encourages all Alibaba employees to always believe in their dreams. For Jack Ma, Alibaba’s secret system is: “Keep Your Dreams Alive.”

“Keep your dreams alive. Understand to achieve anything requires faith and belief in yourself, vision, hard work, determination, and dedication. Remember all things are possible for those who believe.” – Gail Devers

When you see the phenomenal success of Jack Ma and Alibaba over the past twenty years, it is clear that it is essential to always believe in your dreams. It gives meaning to his life and allows him to move forward daily while working hard.

In an interview, Jack Ma once explained what is at the heart of Alibaba’s success. For him, it is not about technology, which is only a tool and not an end in itself. What makes the difference in Alibaba’s success is the corporate culture that it has always tried to infuse its employees as the company has grown.

This corporate culture gives meaning to the work of employees by making them adhere to the missions and values ​​of the company. Giving sense is essential to make employees want to help others rather than being concerned only with profits and money.

Going from 18 employees to almost 70,000 in just 20 years cannot be done without the establishment of the true corporate culture.

This rule applies to all people who wish to create their startup. Overgrowing, without focusing on the culture of your business, will necessarily lead to problems.

4. Ignore the criticism, Focus on the positive

If you want to achieve great things in life, you must learn to ignore negative reviews to pursue your goals to the end. Of course, it can be interesting to listen to constructive criticism. However, when you have a vision, you must commit to going all the way so as not to regret anything.

In 2004, when Jack Ma wanted to launch Alipay, Alibaba’s Internet payment solution, many voices were raised, saying that it was an idea with no future or even stupid. Sure of his concept, Jack Ma persevered, without taking into account all this negativity.

Well, he took it because today, Alipay has more than 600 million active users in China. Deployment in Europe is also underway.

If the critics allow us to move forward, we must know how to give them the importance they deserve. They can be used for self-assessment and to change specific methods, but when you have a deep conviction, you must go for it. This is one of the essential rules that the success of Jack Ma teaches us.

5. Get inspired all the time

Jack Ma explained that he was inspired many times by films such as The Godfather or Forest Gump. The anecdote may seem funny, but it is put forward to show how open you always have to be to new ideas.

Jack Ma was inspired by the performances of the actors in these films. It also allowed him to realize that when people act naturally and speak from the heart, the impact created is all the more significant for the audience. All of this inspired him to become a better public speaker.

Whatever its level, it is always necessary to seek to be inspired. It involves reading books, watching movies from time to time and going to shows why not. In short, you have to stay open and observe the world around you.

6. Never lose sight of your goals

Having goals is essential in life. This gives you a common thread allowing you to get up every day and provide the best of yourself. Jack Ma advises that you never lose sight of your goals.

You have to stay focused on your goals all the time. This implies that you will sometimes have to refuse specific opportunities that could divert you from your real goals by dispersing your energy.

“Obstacles are those frightful things you see when you take your eyes off your goal.” –Henry Ford

As an entrepreneur, you have to know how to say no. A confident Warren Buffett, known for being one of the greatest investors of all time, even advises to systematically say no to reserve the yes only for exceptional opportunities.

As the founder of a company, your number one duty for Jack Ma is to choose a unique name for your company. But what is an excellent name?

A great name is a name that is easily remembered first. He thus named his company Alibaba because everyone knows the history of Alibaba and the 40 thieves. It is, therefore, easier to remember this name.

Then, creating your company with a name starting with A made it possible to appear in the top directories of websites such as that of Yahoo! who was the leader at the time of the launch of Alibaba.

Finally, when choosing the name of your company, you have to think of storytelling. To sell your company better, it is essential to be able to associate a unique story that will attract people’s attention.

By naming his company Alibaba and explaining that this name came from the tale Alibaba and the 40 thieves, Jack Ma, therefore, found a great way to attract attention.

8. Put the customer at the top of your priorities

When you start a company with the ambition to make it what Alibaba has become, it is essential to define clear priorities. Jack Ma has always been clear on this point. For him, priority goes to customers. It is even the number one priority!

He thus joins the obsession for the client of Jeff Bezos, who founded and led Amazon to the summit over the same period.

Behind the clients, Jack Ma indicates that the employees of his company must always be favoured over the shareholders. Indeed, if it is the customers who bring money to the company, it is the employees who will drive the innovation of the company and allow its development.

It is, therefore, essential to know where the priorities lie if you want to achieve success with a startup.

At a conference, Jack Ma once said that he thought people who complained about missed opportunities. And it must be noted that he is right. Indeed, opportunities are found everywhere, but even more, when you encounter obstacles in your way.

“Life can be seriously unfair, but that doesn’t mean we should all sit down and mop about it all day. We have to look for opportunities.” – Jack Ma

So, when in difficulty, and faced with an obstacle, if you waste time complaining, you will inevitably miss opportunities. The prominent successful entrepreneurs of this world, like Jack Ma, follow the rules and always see obstacles as opportunities.

Simply because they have the mindset of a millionaire!

Jack Ma is like that. For him, an obstacle is an opportunity, so there is no point in complaining.

Better still, it is in the face of obstacles that the best opportunities appear. You know what you have left to do.

Jack Ma accidentally discovered the Internet during a trip to the United States in 1995. He was immediately fascinated by the possibilities offered by the Internet.

By observing the entrepreneurs of Silicon Valley, his passion only grew more robust, and he immediately knew which direction he should go with his future company Alibaba.

This passion allowed him to work tirelessly hard. He also tried to instill this state of mind in the employees of Alibaba by explaining to them that what he was doing had a far greater aim than merely conquering the Chinese market.

“Never give up. Believe in yourself. Be passionate. Work hard. It’s never too late.” – Unknown

Jack Ma immediately set out to conquer the world with Alibaba. Little by little, he tries to make his vision a reality.

Being passionate about your work will keep you motivated and face tough times by working hard. It is essential to achieve great things.

As Confucius said, “Choose a job you love, and you won’t have to work a day in your life.” ”

Jack Ma is one of the highest successful entrepreneurs in the history of the Internet. Despite this tremendous success, which enabled him to become a billionaire, Jack Ma always knew how to stay humble and straightforward.

Jack Ma’s top 10 rules for success being presented in this article have allowed him to reach the top and stay there. As an entrepreneur, we need to be inspired by stories like those of Jack Ma. The goal is to have lofty goals, to keep his dreams intact and always to trust his deep convictions.

Thus, it becomes possible to experience great success in life and the business world.

Related Topics:business startupBusiness success
Up Next

How to turn your dreams into goals: Find the 5 Reasons

Business Start-Up Why Speed ​​Is The Key To Success