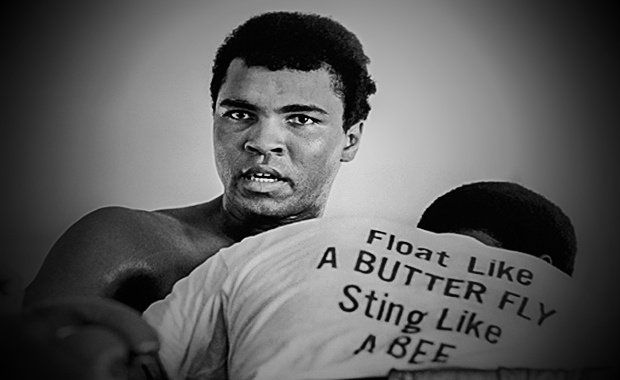 Muhammad Ali has not only been the greatest boxer of all time. He is also probably the world’s greatest figure in sports in general. To his unquestionable sporting successes are added an incomparable charisma, a media and advertising attraction and a biography of self-improvement with values ​​and a work ethic that is perfectly applicable to the entrepreneurial world.

The death of the “king of the world” puts Muhammad Ali, born Cassius Clay, in Louisville, Kentucky, in 1942, back in the spotlight today. An incomparable athlete, with an overwhelming personality whose life allows us to extract a decalogue for entrepreneurs.

He was one of the greatest left. Muhammad Ali, a legendary boxer that at the time said: “I am the best! I am the king of the world!”, He passed away on June 4, 2016 but left us an unforgettable legacy. Take note from these ten lessons of this champion that every entrepreneur can learn and apply in his life.

Muhammad Ali’s 10 Lessons for Entrepreneurs to learn from

Everyone who wants to run a business should have an effort in mind. Cassius Clay exercised obsessive training as a child, urged not to be overwhelmed by the thugs in his neighbourhood. His dedication led him to become the best amateur boxer in the United States and would lead him to win the gold medal at the Rome Olympics.

“I hated every minute of training, but kept repeating to myself: ‘Don’t quit, suffer now and live the rest of your life as a champion,” Ali said.

Developing a venture is tricky; you work more than you imagined; you hardly have time for other things, etc. However, each step you take is crucial for your startup to be successful. Don’t pass out!

2- Take advantage of your talent and knowledge

To succeed in the professional world, Ali had to apply more than just work: his talent. His technique was described as heterodox in his time. The Louisville fighter was characterized from the beginning by his speed, agility and fast footwork, something unusual in a fighter of his size.

It is essential to believe in yourself when you start. Ali was very clear from the beginning. In his first world title fight, in which he faced Sonny Liston, he already showed his self-confidence by provoking and ridiculing the fearsome champion before the fight. Still known as Cassius Clay, Ali won the match by breaking the odds.

“I am the king of the world,” he shouted.

Believing in yourself will always help you achieve what you want, both in your personal life and on the road to your business. If you don’t believe in yourself, then who will?

Changing the image can be beneficial for an entrepreneur, especially to stand out from the rest. Mohammed Ali broke the mould: after the victory over Liston, he announced his name change – first to Cassius X and then to Muhammad Ali – and his conversion to Islam. This change earned him dislike but further potentiated and popularized his first world title.

“Cassius Clay is the name of a slave. I didn’t choose it. I did not want it. I am Mohammad Ali, a free man. “

Ali’s irreverent and provocative image could be seen on many occasions, such as in this funny interview:

Having your own criteria, thinking differently and living against the current are desirable qualities in an entrepreneur. His refusal to join the army to go to Vietnam caused a huge shock. He was stripped of the world title but maintained his integrity. And the best was yet to come; Ali’s great deeds would come later in his bouts against Joe Frazier and George Foreman.

“I know where I am going, and I know the truth. And it doesn’t have to be what you want it to be. I am free to be what I want.”

Only you can decide whether to advance, reverse or stagnate your venture. All people are free to go where we want to go, and we have the freedom to make our lives what we want.

6- Use all possible tools to promote yourself

The use of marketing and advertising is essential to publicize and promote a product or brand. Ali stood out from the beginning for an enormous charisma and an arrogant personality that he used to advertise himself. And to dislodge its rivals. His methods may be questionable (ridiculing his opponents, for example), but they were effective. Everyone knew and talked about Muhammad Ali, whether he liked it or not.

“I am the greatest. I even told myself when I didn’t know it was”

7- Get up after a failure

Fitting failures and recovering from them is closely linked to the figure of the entrepreneur. Ali returned to the ring four years after being stripped of his title for refusing to go to Vietnam. His rival, Joe Frazier, with whom he raised his usual dose of provocations and verbiage. In a spectacular match, Ali conceded his first loss. He recovered when people least believed in him and defeated Frazier on points in 1974, three years after his defeat.

“Only a man who knows what it feels like to be defeated can get to the bottom of his soul and take out what is left of his energy to win a match that is even .”

Successful entrepreneurs have managed to gain victory because they have had more than one defeat, have known how to get up, and have learned from it.

The public must be offered something other than what exists to succeed. In short, be original. You have to adapt and change when circumstances demand it. With the most limited physical faculties, Muhammad Ali faced an undefeated and favourite George Foreman in the century-long match in Kinshasa. Ali changed his strategy, occasionally leaving Foreman to corner him to wear him down. A precarious posture that was about to lead him to disaster, but finally, Ali managed to leave KO to Foreman in one of the most shocking and remembered scenes in the history of the sport.

Everything that happens through time in your life is different. The key to being successful is learning from mistakes, correcting them and having new perspectives taking into account the context and constant changes, whether in the professional or business field.

The challenges stimulate the entrepreneur’s ability to excel. Although Ali had already achieved everything, he decided to face Frazier again to undo the tie they had in their bouts. In 1975 they faced off in Manila in one of boxing’s most epic and bloodiest fights that ended up being won by Ali.

Do not let time pass like that. Do productive things. Always try to do new things and change your attitude so that each day of your life is a special day.

Undertaking all kinds of obstacles and misfortunes is another task that distinguishes the entrepreneur. Do not ever give up. The entire history of Ali shows this untamed character, but it is undoubtedly the last fight against Frazier, the best example. A fight in which Ali (and Frazier himself) refused to surrender. That spirit permeated Ali’s life to the end, also in his tough fight against Parkinson’s disease, which manifested itself in the early 1980s.

For the ‘strong’, those who fight, fall, rise and continue without giving up – nothing is impossible. With dedication, perseverance and will power, great things can be accomplished.

How to discover your purpose: 5 steps to find your mission in life

Why is perseverance the shortest path to your success

8 Habits of Successful Leaders You Should Consider Practising

How to be smarter by following these 6 practical tips

Success comes when you are comfortable with your own life: 5 building blocks of well-being and happiness