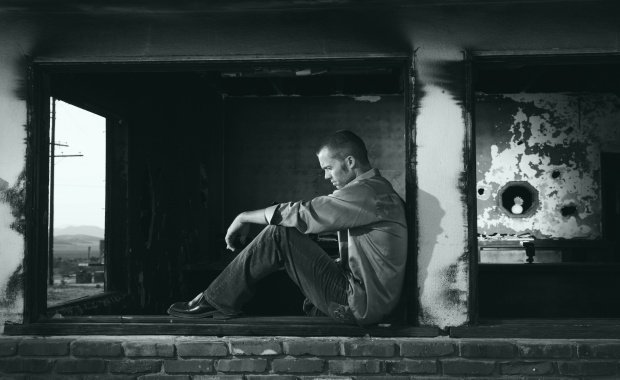 Have you ever consider the thought if you know what to do when you fail?

Unfortunately, many people are afraid of failure. What if I told you that failure announces your success?

Even if failure is not pleasant to live at the moment, it is part of life. We all experience setbacks. It’s normal.

Before learning to walk, we all fell several times, but we all continued until we were standing on our two feet. At that age, we were not aware of the failure.

We had one goal, to walk like the “grown-ups,” so we knew it was possible. And we tried until we got there.

Are you ready to find out what to do when you fail?

In his book, The Virtues of Failure, Josiah Bulus says, “Failure and defeat are the greatest teachers of life.” Failure is not a bad thing unless you consider it as such.

“Failure should be our teacher, not our undertaker. Failure is a delay, not defeat. It is a temporary detour, not a dead end. Failure is something we can avoid only by saying nothing, doing nothing, and being nothing.” – Denis Waitley

Unfortunately, many people put all their energy and focus on their problems rather than looking for a solution. No wonder when they “fall” – when they fail – they have trouble getting up.

You have to approach failure with a positive spirit and keep moving forward despite the falls because each fall brings us even closer to success.

Think of the baby who learns to walk!

If you’ve experienced a failure recently or have one shortly (which is inevitable!), Here are six strategies to take.

The reason you have to be happy when you fail is that you have to associate failure with success. Failure is a good thing because it means that you are doing something.

I believe that the real failure in life is not to try to do nothing.

Many people are so afraid of failing that they do nothing, they are paralyzed.

They have been disappointed many times in the past that they don’t see the point of trying again. Their goals, their dreams fly away, but they stay put, while others around them flourish.

“Do not be discouraged, it is often the last key to the keychain that opens the door”, Zig Ziglar

2. Ask Yourself Why You Failed

You have to accept responsibility for your mistakes. You are responsible for the actions you take. If you accuse others of being accountable for your failures, then you will never progress.

By accepting responsibility for your failures, you will learn not to fall into the same trap.

Whenever you fail or make a mistake, ask yourself, “Why did I fail, and what would I have done differently to have a different result?”.

First, your mind will give you all the negative reasons why you failed. However, I encourage you to change your perspective.

A bad situation may make you stronger mentally and emotionally.

From experience, I can say that all of my mistakes and failures have made me a better person because I have learned from it so that I no longer fall into the same traps.

When you adopt this mindset, all of a sudden, you will perceive failure as a step towards the life you want to have.

When you fail, hold on to the positive and then keep going.

Don’t be afraid or ashamed to ask for help. It is difficult to succeed when playing solo. Be humble and put your ego aside.

Everyone who has succeeded has been helped at one time or another. This is one of the keys to their success.

Some people will help you avoid pain and disappointment. Don’t reinvent the wheel. Instead, learn from the mistakes of others.

It can be through a coach, consultant, mentor or therapist. Sometimes a person, an idea or any support can change our whole life.

4. Change Your Approach and Adapt

Failure means that you tried something and it didn’t work. Failure is simply a negative result. Thomas Edison experienced thousands of negative consequences before his inventions, which revolutionized the world! And he is far from alone.

Learn from your failures and change your approach until it works. Taking a new approach will allow you to improve your decision-making process. And you will end up adopting the right action plan.

In many people, failure affects their personality. Do not fall into this trap. Failure is not YOU, and YOU are not a failure. It is only a negative result of an experiment. Failure is typical, and it precedes success. So each time you fail, you will gain confidence because

1) you have taken action and
2) you have learned a life lesson.

I “encourage” you to take massive action and make as many mistakes as possible. This means that the more you fail, the faster you will become stronger and the quicker you will succeed.

From experience, I tend to believe, even if it is not rational, that nothing happens by chance. Everything that happens to me, in the end, is for my good.

Failure is positive if you want to get stronger. If you approach each failure with this mindset, then you could dare everything and achieve maximum success in your life.

And one can even ask the question, “does failure really exist or is it simply a construction of the mind?”.

7 steps to increase your resilience, an essential virtue to achieve success

Why is perseverance the shortest path to your success

8 Habits of Successful Leaders You Should Consider Practising

How to be smarter by following these 6 practical tips

Success comes when you are comfortable with your own life: 5 building blocks of well-being and happiness